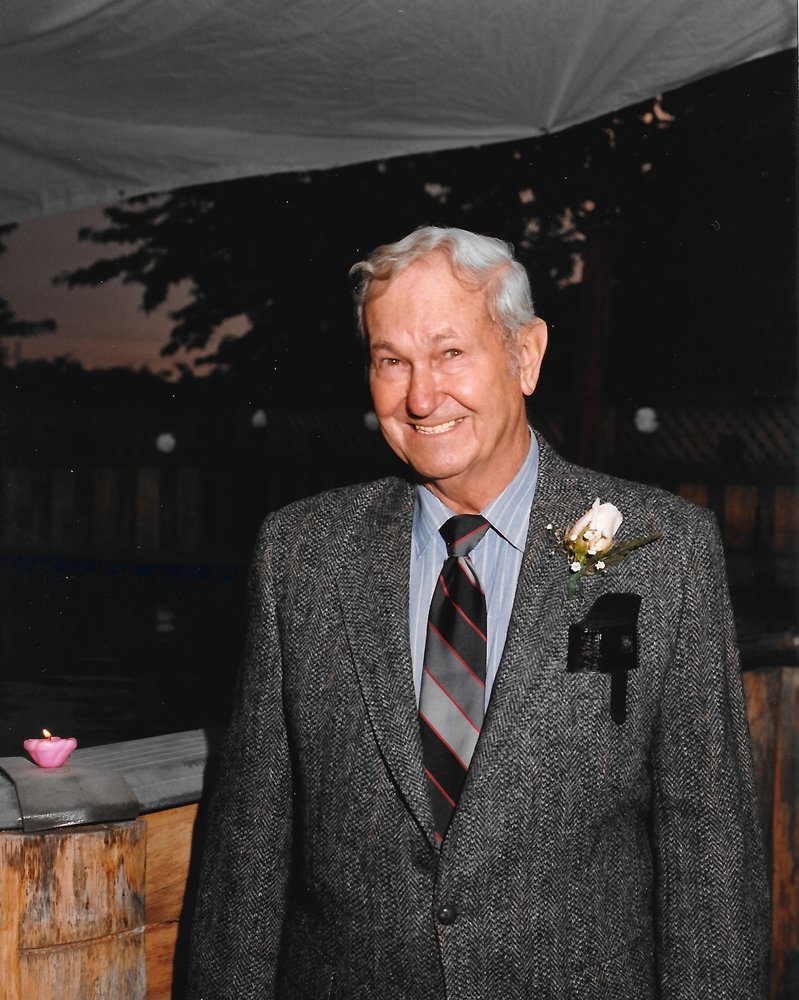 On Saturday April 18, 2020 Garnet James Clayton known to his friends and family affectionately as “Jimmy” passed away at the age of 92. Jimmy was born February 22, 1928 to Ida and Garnet Clayton in New York City, New York USA. The youngest of four children, he was adored by his elder sisters Annie, Marie and Nora. In the early 1930’s Jimmy moved with his family to the Galt area in Ontario Canada and began his life as a Canadian. Spending his adult life in Toronto, he worked as a textile supervisor and in 1960 purchased a parcel of land in Boulter Ontario to begin building his vision of a beautiful place to retire too. By hand and with the help of his friends including Bernie and Gabby through out the years, built a quaint cottage on the Little Mississippi River that he fondly called his slice of heaven. In April 2001 he made his pledge of love known for his life companion Barbara MacDonald. They shared 20 years of happiness together and he lived those years surrounded with family that became his own. He is preceded in death by his Father Garnet, Mother Ida, and sisters Annie, Marie and Nora. He is survived by his life companion Barbara MacDonald and children Bernard MacDonald, Dan and Brenda MacDonald with their children Tammy and Jody with their families. Donna and John Schiller with their children Allen and Shannon with their families. Ken and Monique MacDonald with their children Kennith and Cary with their families. Janet MacDonald with her daughter Nikki MacDonald and her family, Brenda MacDonald with her children Wade, Jessie and Orion with their families. Alan and Martha MacDonald with their son Tyler MacDonald who’s papa was his world. He is also survived by Nephews and Nieces, Andy and Beth Christie, with their children Drew and Sara with their families. Bill and Sandy Christie with their children Luke and Tessa with their families. Bob and Chad Christie with their families, Ted Groome &amp; Family, Dave and Lyn Groome, Steve Basset and Family and Bev Hadfield and Family of Galt Ontario. He is also survived by “The boys” Teddy, Shelly, Sharpie, Brian, Paul, Harvey, Robbie, BJ, Gary, Harry, Francis, Josh, Bryce, and Craig of the Boulter Bucko’s Hunting Camp. Lifelong friends and confidants, his memory and spirit will live on through memories shared for years to come. To fulfill his final wishes, his ashes will be taken to his beloved cottage and returned to the land and river that he loved and adored. May his life be celebrated and remembered for the loving, fun, and amazing man he has always been to those who knew and loved him. If you wish to attend, please contact Al MacDonald directly.
Print