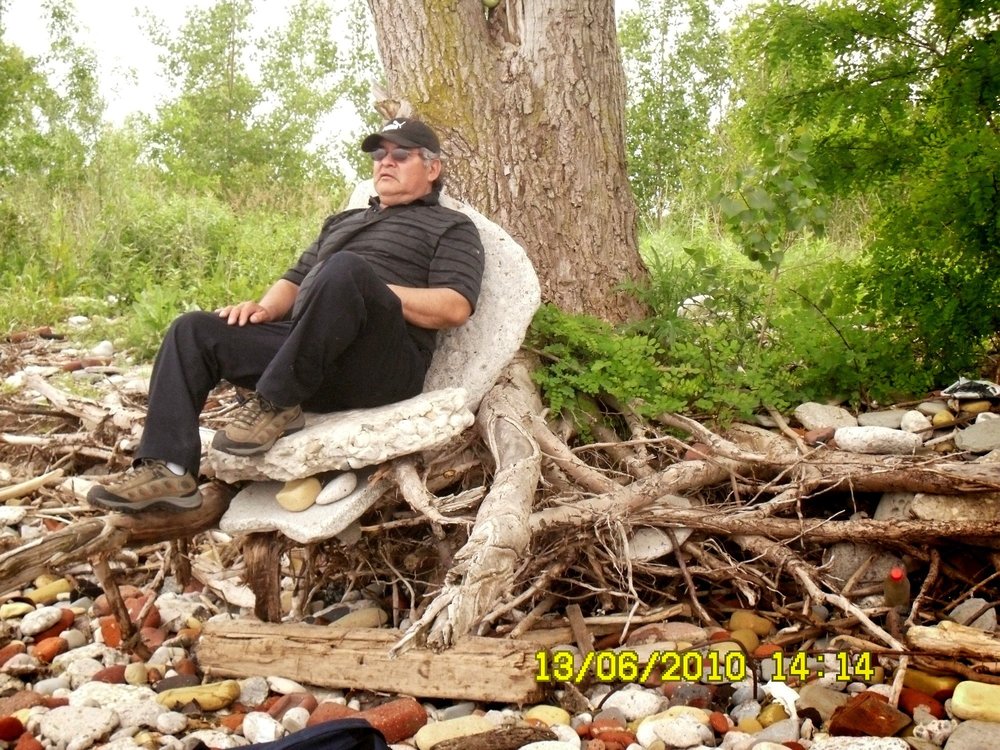 Please share a memory of Stewart to include in a keepsake book for family and friends.
View Tribute Book

after a few months of declining health. He was born May 3, 1954 in Toronto, Ontario. Early in life, Stewart

worked in London, then Toronto as a jeweller. Later, he studied at Humber College and University of Toronto.

In the 1990’s Stewart became a committed employee for Toronto City Parks Forestry and Recreation, working
there more than 25 years. Throughout his years there, he had a positive impact on the community and the

City's greenscapes. He was a respected member of Cupe Local 416.

Archiving Indigenous and family history became one of his passions later in life. He found joy in Anishinaabe

spirituality and medicines and in giving back to the community. He proudly partnered an Indigenous Crafts CED

business with spouse Sylvia, and ran a handyman enterprise. He and Yogi loved fishing. He leaves behind his

Arrangements for Celebration of Life, both Indigenous and Christian, will be made when in- person gatherings

resume, and his ashes will be buried with his beloved mother, brother, grandparents, uncle, and other family, in

Wasauksing Cemetery, Parry Island. Contributions in his memory can be made to The Toronto Monthly Meeting
of the Religious Society of Friends, Native Canadian Centre Toronto, and Anishinaabe Health Toronto.