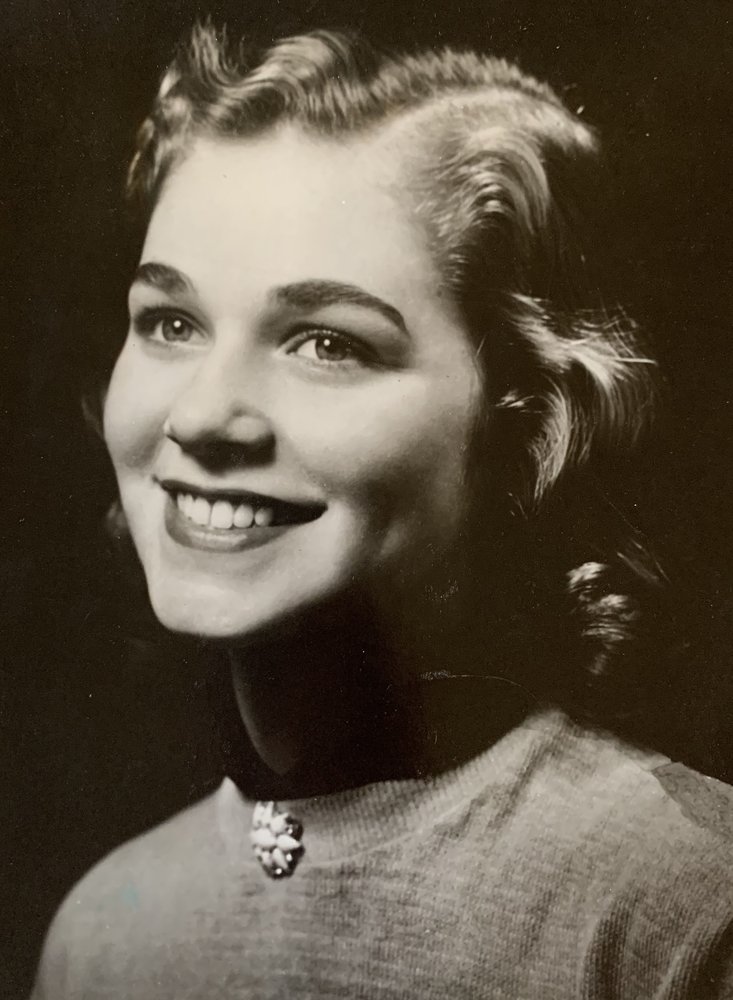 Please share a memory of Frances to include in a keepsake book for family and friends.
View Tribute Book

Frankie was born the youngest of eight children on a farm near London, Ontario during the Great Depression, where her academic career began in a one-room school-house.  She received her B.A. in English Literature from McGill University and her teacher training diploma from the University of British Columbia.  She was crowned the Winter Carnival Queen at McGill and went on to win the Miss London crown and compete in the Miss Canada pageant.

Frankie taught primary school and high school for several years, before staying at home with her children.  She also taught piano lessons and volunteered extensively in her community, including working for a telephone crisis line and offering free tutoring to children with special needs.  Frankie was an independent thinker who was interested in nutrition, autism, and the environment.  She was a devoted mother and grandmother who worked hard to make her corner of the world a better place.

Cremation has taken place. Those wishing to make a memorial tribute may consider donating to a local food bank or the Lesley Sharman scholarship fund at Algoma University. Heart-felt thanks to Frankie's care-givers who provided Frankie compassionate at-home palliative care.