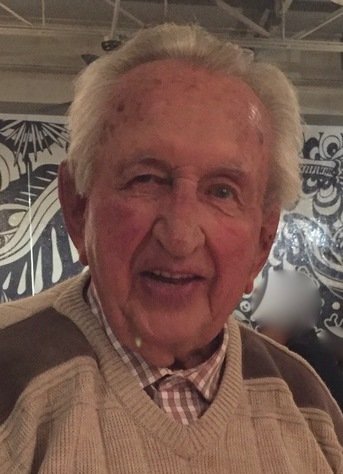 Please share a memory of Heinz to include in a keepsake book for family and friends.
View Tribute Book

It is with great sadness that the family of Heinz Winkler announces his passing after a short stay
at the hospital, on Thursday, October 15, 2020, at the age of 94.

On October 7, 1926, Heinz was born to parents, Berta and Bruno Winkler in Silesia, Germany.
He had fond memories of growing up on a farm, raising chickens and rabbits, reading books
about history and tinkering with machinery. After the war he apprenticed as a waiter, a skill that
served him well when he immigrated to Canada.In 1954 he boarded a ship with his wife, Ursula and young daughter, and sailed for Canada. His first job was at the Royal York Hotel, a position that he took great pride in and held for a number
of years. As his family grew his entrepreneurial spirit moved him to pursue many new ventures. The dream of owning their own business came to fruition in 1968 when Heinz and Uschi opened a fabric store in Mimico. Heinz quickly learned about sewing machines and included sewing machine sales and repairs to the business. Heinz had a wonderful love of life and enjoyed travelling, sailing, singing with the German choir and making the occasional trip to the casino.

Heinz was a loving husband to his late wife, Ursula and devoted father to Carol (Kevin), Chris(Dan) and Cathy (Geoff). He was also a proud grandfather to Andrea (Josie), Brendan (Azadeh), Gaelan (Brendan), Patrick, Sarah (Gashaw), Kelsey and Taylor, as well as a great grandfather to Winnie, Jale and Sevin. Heinz is also survived by his brother, Günter (Irmtraud) in
Bielefeld, Germany and his nieces and their families. Heinz was predeceased by his sister, Traudel. He also had a special place in his heart for his niece, Ariane (Brett) and nephew, Andreas (Eva). After the death of his first wife, Ursula in 1993, Heinz was lucky to meet his second love and life partner, Gudrun, and becomes a stepfather and step grandfather to the Fuchs family until her
passing in 2017.

Online condolences may be placed at: The CremationCare Centre