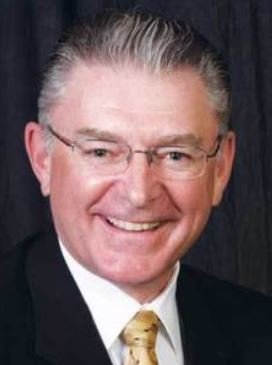 Please share a memory of Donald to include in a keepsake book for family and friends.
View Tribute Book

It is with great sadness that the family of Donald Nelson Gain announce that, with his loving wife by his side, Don passed peacefully following a lengthy battle with cancer on December 31,2020 at the age of 71 years.

Don was a respected leader in the printing industry for over 35 years. He previously served on the advisory board of the Graphic Communications Management program at ; was chairman of the Canadian Printing Industries Scholarship Trust Fund; and was also recognized for his distinguished service with an honourary lifetime membership with the Canadian Printing Industry Association.

Known for being a loving husband, father and grandfather, loyal friend, and accomplished entrepreneur, Don was also a passionate car enthusiast and avid golfer.

Don will be lovingly remembered by his wife Michele (Mickey), Scott (brother), and his children Corrie Sherwood,Geordie Seed (Louise), and Don Gain Jr. (Karen). Don will be greatly missed by his grandchildren Taylor,Jacob, Daisy, Gabriel, Alistair, Cameron, Sydney, and Zoe.

A celebration of life will be planned later in 2021. In lieu of flowers, donations can be made to Margaret Bahen Hospice in where Don was lovingly cared for in his final 6 weeks.