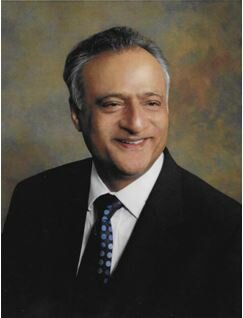 Please share a memory of Surender to include in a keepsake book for family and friends.
View Tribute Book

Surender Pal was born in on October 18th, 1949, the fifth of eight children. His primary and secondary schooling was done in his hometown of Nakuru in the Rift Valley, 160 km west of . After suffering a severe burn as a child, Surender was inspired to pursue a future in medicine. He moved to in 1970 to attend . Following the 1972 edict by dictator Idi Amin Dada expelling all Asians from , Surender was admitted to along with several classmates and graduated from U of Toronto in 1974. Dr. Dhiman spent the early years of his career in , alongside  Clare Macdonald and their four children. The family moved to , in 1995, where he opened Community Orthopedics and joined the medical staff at both ’s and . Dr. Dhiman’s final years in practice were spent in northwest . After retirement, he returned to live near his brothers and cousins in and made regular trips around the region to visit his four grandchildren.

Dr. Dhiman achieved his Family Medicine Certificate in the Royal College of Physicians of and then a Fellowship in Orthopedics with a focus on total joint replacement through the Royal College of Surgeons of and the . He was board-certified by the American Board of Orthopaedic Surgery, member of the of Orthopaedic Surgeons, and held the distinction of Fellow, of Surgeons (FACS).

Watching his father and maternal grandfather work in a photography studio in fostered a lifelong enthusiasm for photography and cameras. Surender spent countless rolls of film and filled memory cards documenting the ephemeral, the memorable, and the mundane. Surender was proud to earn his pilot’s license and always dreamed of owning a personal aircraft. Over the past 5 decades he traveled across five continents and saw much of the and . He enjoyed joining colleagues at annual AAOS conferences in and regularly participated in Self Realization Fellowship retreats in .